The widely accepted tendency to visit Stepantsminda in the historical location of Khevi / Tsanareti is well justified. It is here that the white tapped slopes of the Mkinvari / Kazbeg mountains (5054 m a.s.l.) hide many secrets. Among them is one that says that on one of the slopes of Mkinvari is to be chained bold hero of ancient legends - Prometheus...

PiN offers several unconventional plans to spend time in the valley of the rapid river Terek. Among them, on the list of attractions belonging to a one-day trip and a two / three-day trip with accommodation around the famous town of Stepantsminda.

Choose a high-altitude trip is for lovers of the paths that among passing landscapes lead straight to antiquity. The Dariali tour offer is a combination of walking, car, and also independent peregrination in the town of Stepantsminda or the mountain village of Phelshe (accommodation here) and its surroundings.

includes a route from Tbilisi or Tetritsharo - PiN Hostel to the Darial Gorge. During the trip into the mountains, we will stop visiting the fortified residence complex Ananuri (17th-18th centuries) by the Lake Jinvali. Trip also stops by the Pasanauri viewpoint with a monumental panorama and then, at the Jvari Pass. Next step will lead to the Darial Gorge at the height of the Georgian-Russian border point. Here, from the first centuries of our era, stands a fortress bearing the Persian name Dar - i - Alan = Alans Gate. The current border infrastructure is a kind of continuation of the ancient phenomenon and maintaining the significance of the Darial Gorge as a checkpoint at the junction of two countries' borders. Since the dawn of time, Dariali has been one of most crucial corridors connecting North the South. It was linking the world of Eurasian Great Steppe with the motherland of the Middle Eastern civilizations of the Fertile Crescent. It is not surprising then that the empires of the ancient world recognized the Darial Pass as indisputably important in maintaining control over a larger territory. Roman legions, Byzantine construction engineers, Achamenids, Iranian Alans. Horse mounted nomads well known from historical sources: Kimmerians, Scyths, Hunes, Chazars, Mongolians. Parthians, Sassanids, pride of Georgian architecture... this great and rapid river of history poured with a bang through a small Dariali’s area and was present where you are now... Another attractions is in the valley of the stream flowing from the Devdoraki Glacier. On its shore is a small heart-shaped pond (lovers and romantics, something for you). Nearby is an abandoned village (16-17 century), Gveleti - eng. Place of the Snakes. We will stay here longer. There is a lot to talk about. Nearby archaeologists have discovered a cemetery from the late antiquity times. Among the extensive inventory items include a metal ring with an inscription in Pahlavi (Middle Iranian) and a Neopersian/ Sassanid coin (c. 529 CE). One of the hills includes relics of a fortress dating back to the 11th century. During the invasions of Ilhanids, Georgian monarch David VIII (1292-1311) finds shelter in its walls. Nearby, within the stream's range, there are two spectacular waterfalls. On the way back to the town of Stepantsminda, we will optionally visit the village of Tsdo towering above the depth of the Tereg river valley and the intercontinental route S7, the so-called Georgian Military Road. Leaving the Dariali Pass, we will go to the hill above the village of Gergeti, where there is a widely known monastery from the 14th century - Gergeti Cminda Sameba. The high-mountain panorama is breathtaking... The last attraction of this trip will be a walk around the village of Gergeti. Here are the ruins of medieval buildings decorated with snake reliefs. The folklore of the Caucasian highlanders use snakes as strong totems, creatures that fully take into account the role in the sphere of engravings of protective magic.

Driving distance: up to 300 km (way to the Dariali Gorge, to Gergeti Sameba Church, Stapantsminda and way come back to the starting point).

We will visit the Darial Gorge in which it will be possible to spend longer time in each locations than during the one-day trip (See above one day trip). In addition, participants will be introduced to the on-going archaeological research at one of the archaeological sites in the immediate and incredibly beautiful surroundings of the Darial Pass.

Driving distance: up to 170 km (way to the Gorge, back to Stapantsminda and accommodation place).

A full-day walking trip deep into the Darial Gorge is planned. The route leads along a picturesque trail stretched across parts of the north-eastern slopes of Mount Kazbek. We will move along the paths of shepherds, a trail with a high degree of difficulty because it leads into the deep gorges from which the exit leads through the steep, grassy slopes of the subalpine meadows. The passage leads through the remains of a highland village abandoned in the 19th century. We will also meet fantastic rock forms associated with plutonic processes during the glory of the active volcano, which was Mkinvari thousands of years ago. On the high halls that leads the trail there are also enigmatic structures that may be megalithic objects from the Bronze Age. Finally, we will reach the highlands towering over the ancient village of Tsdo. From here, there are an epic views of the Mkinvari Mountain and the Darial Gorge, high rock crags or the Georgian-Russian border. The descent leads to the village of Tsdo where we visit the peculiarities of local architecture. We return through Stepantsmida to the accommodation base. Along the way, a possible visit to the village of Sioni where lies an extremely interesting complex of religious buildings (6-10 CE) and a monumental stone defensive tower (10th century?). Accomodation: Private homestay in Phelshe village cc. 10 km south from Stepantsminda.

Entrance to the Truso Valley in the upper course of the Terek River and return to Tbilisi / Tetritskharo PiN Hostel. The valley is famous for the picturesque gorge of the river, bubbling mineral water and a series of abandoned medieval highlander villages. Stone buildings scattered in the valley abound in enigmatic pictograms carved on the walls ... In authors opinion, most interesting of the objects on the list, is the barrow tapped with stone carved stell in the well hidden village of Mna. Next, we will go back. In the meantime we will stop at the Jvarai Pass, a Pasanauri viewpoint with a monumental panorama. As a last attraction, a visit to the fortified residence complex at Lake Ananuri is planned-Come back stops-on-the-way relay on weather.

Walking distance: up to 5 km

Driving distance: max 120 - 160 km ( From Phelshe to Truso Valley and way come back to the starting point in Tbilisi / Tetritskharo PiN Hostel)

Dinner: on the way back to lowland, in winter ski resort - Pasanauri.

Generally, two overnight stay are planned. Worth to mention is that the length of trips depends on atmospheric conditions and above all, on enthusiasm of participants. If, during the way into the mountains weather will not behave well and friendly, stop in Ananuri's assertion, at the Pasanuari viewpoint and Jvari Pass, will be moved to the third day - return route to Tbilisi / Tetritsharo - PiN Hostel. Accomodation for duration of whole trip: Private homestay in Phelshe village cc. 10 km south from Stepantsminda. Breakfast not included. Personalization of present offer possible (lengh, food, tourist attraction).

car with the driver 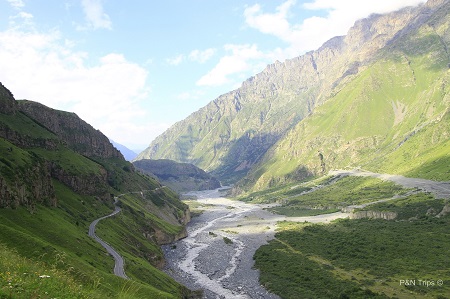 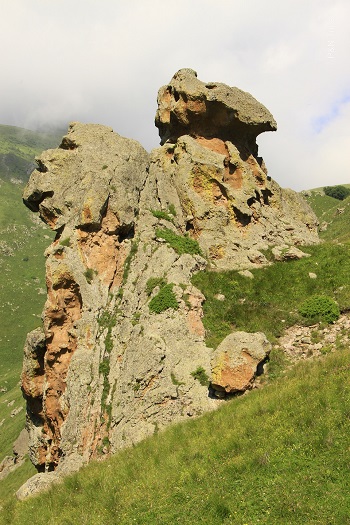 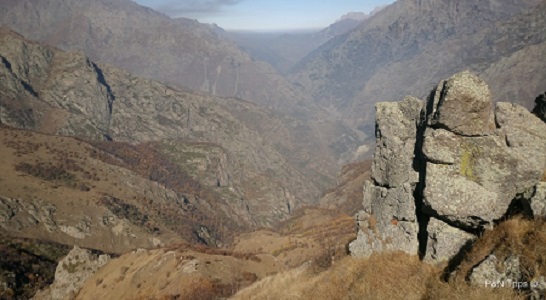 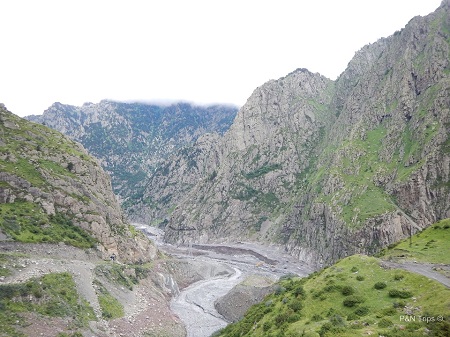 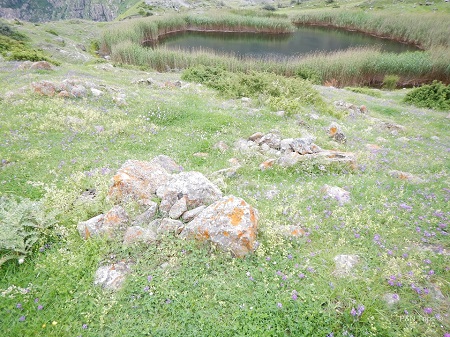 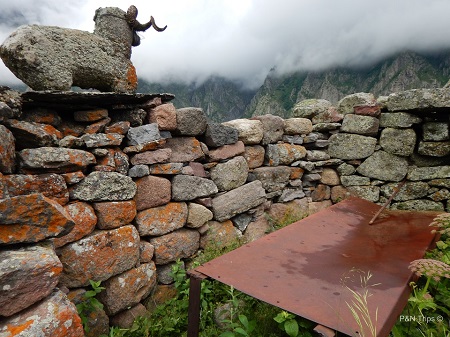 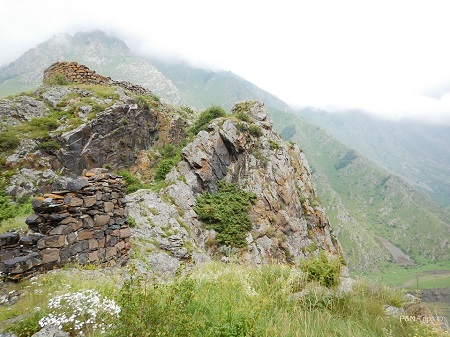 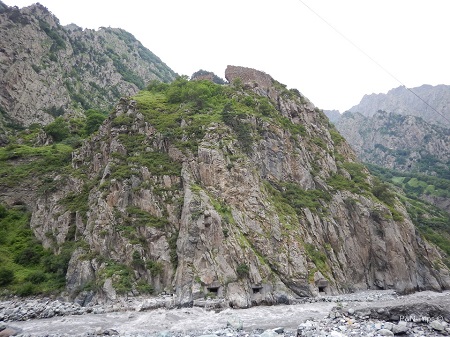 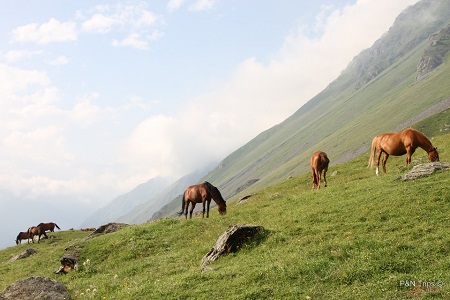 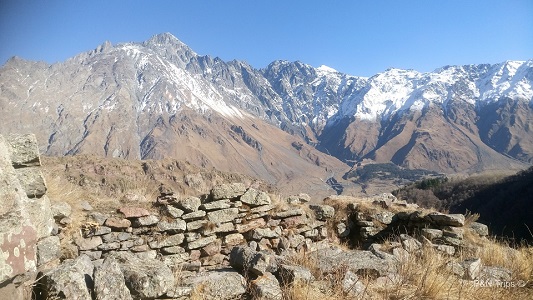 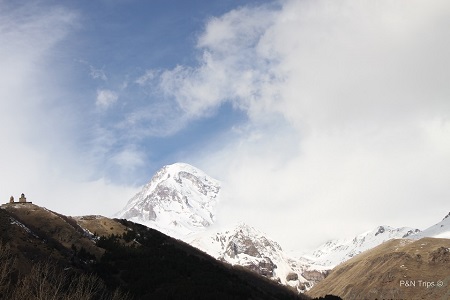 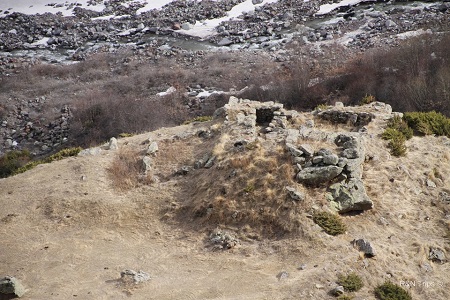 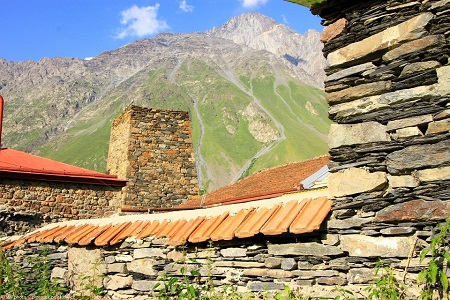 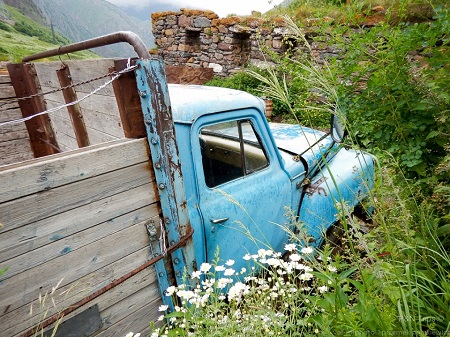